The failure of the journalist N. Lakhani’s book, Who killed Berta Cáceres?

About Berta Cáceres: boring and biased

— If you thought about reading it, you might waste your time. What she exposes is the figure of the indigenous leader, what everyone already knows. The question that it holds for title, does not have answers.

Tegucigalpa – if you are interested in reading Nina Lakhani’s book about who killed Berta Caceres, stop.

The book, only available in English, is boring and doesn’t do anything but expose about the figure of the indigenous leader, what everyone already knows, and relate her death with her struggles.

There is nothing more than this. What it does have is much bias in the treatment of the information, because there are facts that the author, when they are not convenient to her narrative interests, she obviates them.

Nina Lakhani, who wrote the book for Verso Book editorial, is a biased journalist, who works as a “freelance” for the communication media The Guardian.

The same Lakhani admitted this week, in a video conference to promote her book, that there is no conclusion in her book about who is behind the crime.

She talks bad about Honduras and the collusion of the political elites, economic and military, what she has already promoted writing for The Guardian. She hits everything and nothing. The same story as always. Before in a newspaper, now with half-truths in book format.

Moreover, Lakhani was very worried in the video conference sponsored by Front Line Defenders, because the book’s potential reader would take her work as “objective”.

Nevertheless, she accepted in her conference that the objectivity, in this same case, is a task that is difficult to her. In fact, there is no need to say it.

Lakhani has assured this week in her conferences and interviews, that she consulted more than one hundred sources to put together the pieces for her book.

It’s true, consulting 100 sources could be a balanced exercise in the search of information, but at the end what has been left is a story seen from the angle that Lakhani has always wanted to see it, since 2013 that she says to know Berta Cáceres.

Even though she says that behind everything, she did a documental job, the lack of support and new information of the book, has not even been able to motivate those who support the cause of Berta Cáceres.

The same daughter of the indigenous leader and now general coordinator of the Consejo de Organizaciones Popular Indígenas de Honduras (COPINH), Berta Zúniga Cáceres, was totally unmotivated during the conference for the book’s launch, organized by one of her partners, Front Line Defenders.

THE LIES AND ITS CONSEQUENCES

Apart from looking bored, the author is now discredited with a biased book and a twisted story, in what is more what she has left without saying, than what she says.

The accumulation of inexact data that Lakhani uses, has exposed the same publisher to judicial consequences. The use of false information and biased assertions, constitutes crime.

Verso Books should be worried. Natural and legal persons related in the book could promote any kind of clarification of the mentions that Lakhani has made in the story she told from her perspective.

It’s the same luck other publishers that want to translate the book in other languages could run. Lakhani has advanced in an interview in Contracorriente, she has engaged with an Italian publisher. For the Spanish language, she says she is still working on finding a Spanish publisher that has interest.

Because of these same reasons is that it results comprehensible that Lakhani is worried and talked this week about her fears of visiting Honduras. She admits that defamation is criminal and with this she accepts that she has exceeded in her lies.

In summary, the book repeats many lies that, in the terrain of reality, are exactly that: lies.

So, why read a book that only repeats a story accommodated much to the interests of the same journalist, that is obvious and natural, that what she desires is to sell books.

Like a salsa classic would say, why read yesterday’s newspaper? 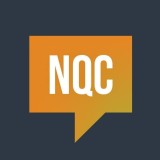